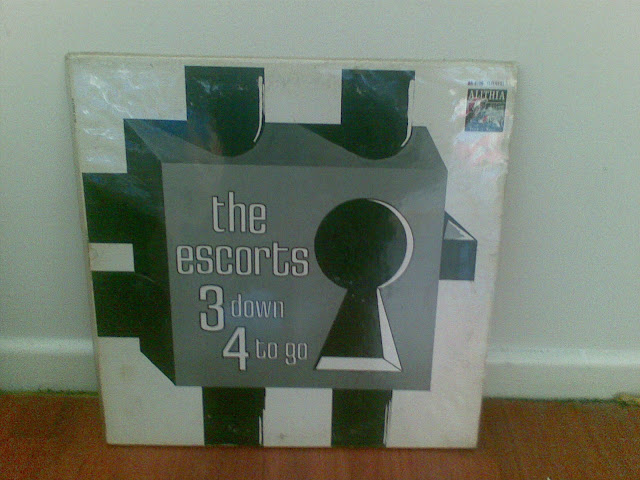 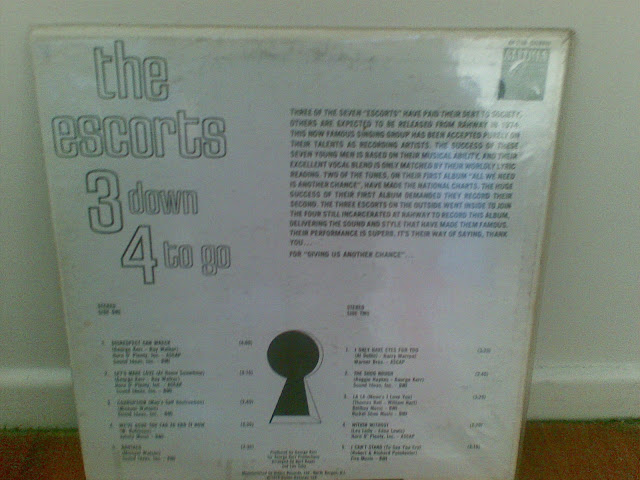 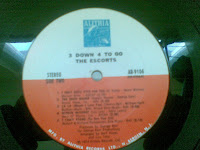 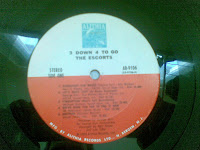 Label -- Alithia
Producer – George Kerr
Arranged By Bert Keyes & Lou toby
Three of the seven "escorts" have paid their debt to society, others are expected to be released from Rahway in 1974. this now famous singing group has been accepted purely on their talents as recording artists. The success of these seven young men is based on their musical ability, and their excellent vocal blend is only matched by their worldly lyric reading. Two of the tunes, on their first album "All We Need I Another Chance", have made the national charts. the huge success of their firts album demanded they record their second. The three escorts on the outside went inside to join the four still incarcerated at rahway to record this album, delivering the sound and style that have made them famous. Their performance is superb, it's their way of saying, thank you...
For "Giving Us Antother Chance"... 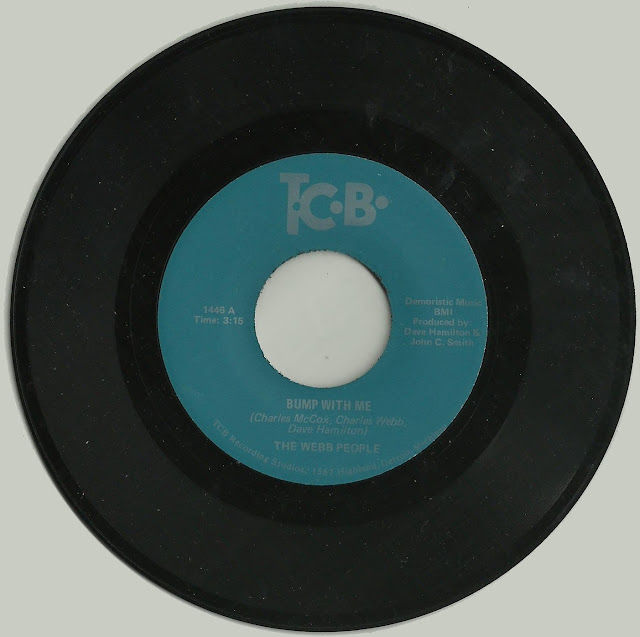 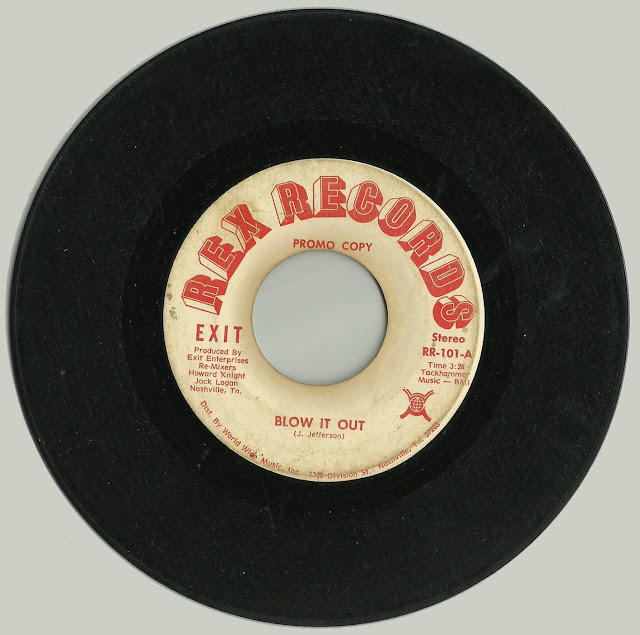